Inrush Current is defined as a form of overcurrent that occurs after energizing a transformer and is a large transient current caused by part cycle saturation of the magnetic core of the transformer. For power transformers, the magnitude of inrush current is initially 6 – 10 times the rated load current.

When switching on the transformer from the primary side while its secondary circuit is kept open, it acts as a simple inductance. When the electrical power transformer works normally, the flux produced in the core is in quadrature with applied voltage.

But in fact, there is impossible to have flux when we switch on the supply to the transformer. This is due to no flux linked to the core prior to switching on the supply.

The steady-state value of the flux will not be reached immediately. Although in our opinion the process is very quick - it takes a different amount of time. The rate of this process depends on how fast the circuit can take in energy.

The main reason is that the rate of energy transfer to a circuit cannot be infinity. Therefore, the flux in the core also will start from its zero value at the time of switching on the transformer. According to Faraday’s law of electromagnetic induction:

The voltage induced across the winding is calculated as: e = dφ/dt.

Where φ is the flux in the core. Hence the flux will be integral of the voltage wave, which can be calculated using the formula below: 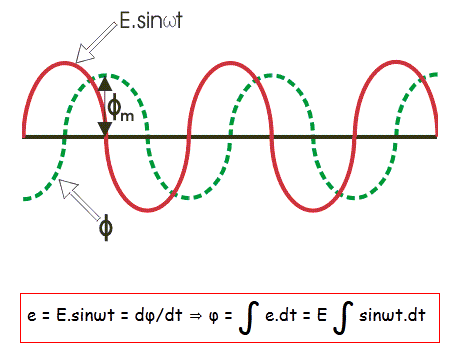 If the transformer is switched on at the instant of voltage zero, the flux wave is initiated from the same origin as voltage waveform, the value of flux at the end of the first half cycle of the voltage waveform can be calculated using: 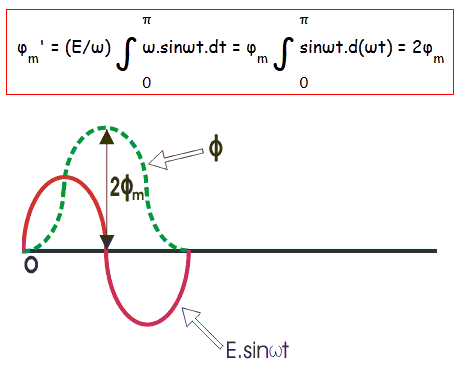 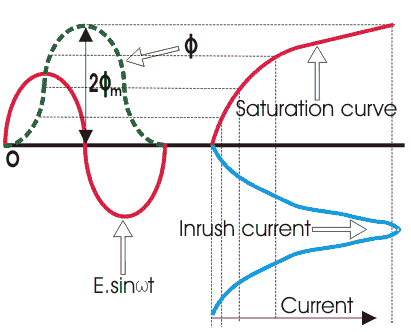 In spite of the high magnitude of inrush current but there is not any permanent fault detected in the transformer due to the small time of existence.

But there is still an inrush current in the power transformer which is a problem, as it interferes with the functioning of the circuits as they were designed to work.

There are some effects of high inrush such as nuisance fuse or breaker interruptions, as well as arcing and failure of primary circuit components, such as switches. High magnetizing inrush current in transformer also require over-sizing of fuses or breakers. Another side effect of high inrush is the injection of noise and distortion back into the mains.