Silicone oils became more popular when polychlorinated bisphenols were discontinued. They are mainly used in transformers inside buildings and are smaller than generator step-up transformers. Silicone oils have a higher flash point than mineral oils and are used in more fire-critical locations. As of this writing, there are no officially published standards. IEEE has a guideline and Doble has some service limitations, but there are no standards. The information below is taken from IEEE publications, from Doble, from articles, from IEC 60599 concepts, and from Delta X Research / Transformer Oil Analyst rules. The analysis of dissolved gases in silicon oil is in its early stages and the methods and limits suggested below are subject to change as we gain more experience. However, in the absence of any other methods and limitations, use the methods and limitations below to get started.

As with mineral oil-filled transformers, the three main causes of gas generation are aging, thermal and/or electrical failures leading to the deterioration of solid insulation and deterioration of silicone fluids. Overheating silicone oil causes liquid deterioration and gas generation. The gas produced depends on the amount of oxygen dissolved in the liquid, the temperature, and the proximity of the bare copper conductor to heating. When a transformer is new, silicone oil usually contains a lot of oxygen. Silicone transformers are usually hermetically sealed and pressurized with nitrogen. New silicone oil is not degassed; and as a rule, the oxygen concentration will be equivalent to the (maximum) oxygen solubility in the silicone. Silicone is exposed to the air for some time during transformer manufacturing and the manufacture and storage of silicone oil. Therefore, carbon monoxide and carbon dioxide easily form and dissolve in silicone due to the abundance of oxygen in the oil, because of exposure to the atmosphere. In normal (no fault), new silicone transformers will generate carbon monoxide and carbon dioxide during the first years of operation. As transformers age and oxygen is depleted, the production of these gases slows down and concentrations level off. See Figure 1 for the relationship of oxygen reduction and increase in carbon monoxide and carbon dioxide as the transformer ages. This curve is for general information only and should not be used to represent any particular transformer. A real transformer with different variations in load, ambient temperature and duty cycles will make these curves look completely different. 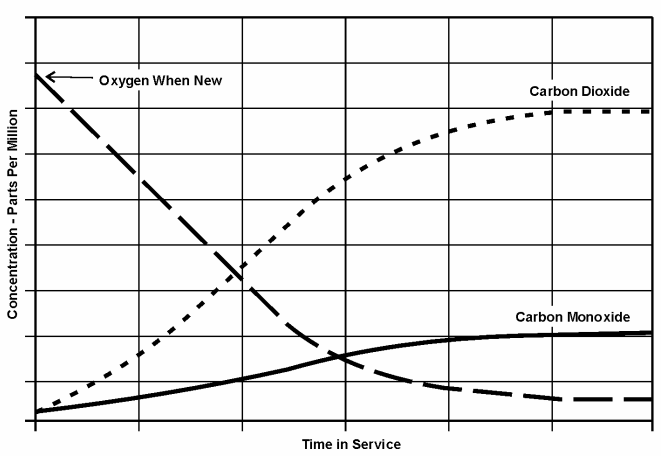 Picture 1: Relationship of Oxygen to Carbon Dioxide and Carbon Monoxide as Transformer Ages

After the transformer is older (assuming no faults have occurred), oxygen concentration will reach equilibrium (Picture 1). Reaching equilibrium may take a few years, depending on the size of the transformer, loading, ambient temperatures, etc. After this time, oxygen, carbon monoxide, and carbon dioxide level off, and the rate of production of these gases from normal aging should be relatively constant. If generation rates of these gases change greatly (seen from the DGA), a fault has occurred, either thermal or electrical. Rate of generation of these gases and amounts can be used to determine what the fault is roughly. Once you notice a significant increase in rate of generation of any gas, it is a good idea to subtract the amount of gas that was already in the transformer before this increase. This ensures that gases used in the diagnosis are only gases that were generated after the fault began.

Some general conclusions can be drawn by comparing silicone oil and mineral oil transformers:

All transformers containing silicon oil will have much more CO than normal mineral oil transformers. CO can come from two sources - the oil itself and from the degradation of the paper insulation. If the DGA shows few other errors in gas generation other than CO, the only way to know for sure if the CO is due to paper degradation (an error) is to run a furan analysis with the DGA. If other error gases are also produced in significant amounts, other than CO, then it is clear that there is an error and the CO comes from the degradation of the paper.

There will generally be more hydrogen in a transformer filled with mineral oil.

Due to the "error masking", mentioned above, it is virtually impossible to diagnose what is happening inside a silicone-filled transformer based on the DGA alone. An exception is if acetylene is being generated, there will be an active arc. Also look at gas generation rate and operating history. View load history, through errors and other problems. Detailed records of silicon oil filled transformers must be carefully updated. These are invaluable when things go wrong.

If acetylene generates, there is an active electric arc. The transformer should be taken out of service.

Generally, the oxygen in a silicone-filled transformer comes from atmospheric leaks or was present in the transformer oil when it was new. This oxygen is consumed when CO and CO2 are formed from normal heating from transformer operation.