There are many companies racing on the path to create batteries that last longer and deliver high value to users. On that journey, there are two outstanding battery inventions that we summarize below.

A Startup from California has unveiled a battery that uses nuclear waste and they can last up to 28,000 years.

The radioactive isotopes used in nuclear reactors create the power of the nano-diamond battery.

Its radioactive core is protected by layers of synthetic diamonds, one of the hardest materials and difficult to damage or break.

The California-based NDB startup has introduced a battery that uses nuclear waste and has a lifespan of up to 28,000 years.

The radioactive isotopes used in nuclear reactors generate the power of the nano-diamond battery.

Its radioactive core is protected by multiple layers of synthetic diamonds, one of the hardest materials to damage or break.

Energy is absorbed in diamonds through inelastic scattering, which is used to create electricity.

Batteries can be used to power equipment and machines of any size, from planes and rockets to electric vehicles and smartphones. 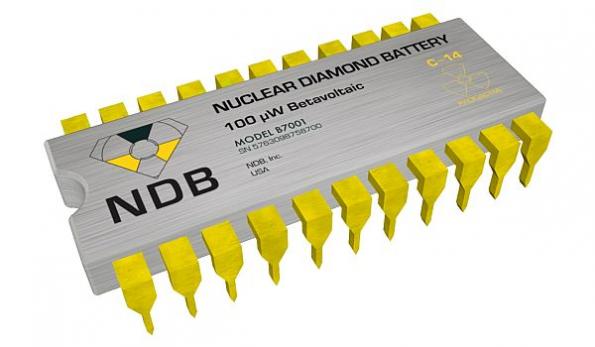 Nima Golsharifi, CEO and Co-Founder of NDB, said: “As members of society, we are extremely concerned about the well-being of the planet. We are focused on mitigating climate change to ensure our planetary satellite for future generations.

“With the NDB battery, we have achieved a major, groundbreaking, exclusive technological breakthrough in zero-emission batteries that last thousands of years. We only need access to natural air to power for devices. "

Development of the first commercial battery prototype is currently underway and will be available in the market later this year, the company says.

That was the suggestion from Dr. Nima Golsharifi, CEO of the California-based NDB startup who spoke to the FNZ about the battery technologies developed by his company, one of which is Can provide a charging life of up to 28,000 years for deep scape applications.

While companies compete in a race to develop 'permanent' battery solutions, a new type of nano diamond battery that harnesses energy from nuclear waste and is supposed to retain electricity within 9 years can be launched to the market by 2023.

"The power of diamond nano batteries comes from radioactive isotopes used in nuclear reactors," he said.

“All radioisotopes produce high heat. We also use diamonds on the structure of the battery to store energy and ensure battery safety. "

Dr Golsharifi says batteries can be used in almost anything that uses batteries - from electric vehicles, cell phones, laptops to drones and space electronics.

According to the figures, the existing 34 million cubic meters of nuclear waste would cost more than $ 100 billion (£ 76.5 billion) to manage and process.